Bagio White is as observantly creative in person as he is on social media. he shows up to our interview observing our set, lights and backdrops, while reorganizing them for “optimal focal lighting”. he’s very critical of moods since his early elementary school days, in his birth country, Jamaica, which is why he reorganized our sets lighting mood to match our interview with him. In fact, he organizes his every setting based on the mood that he wants to convey.

“That started in Jamaica,” he explains. “my classrooms use to be so bleak, so I used to show up early and rearranged all the desks to a more fun mood because it felt too serious in those classrooms.”

Born and raised in Kingston, Jamaica, Bagio was gifted with the talent of creating art and was always itching to create more art in different settings. His wish was granted when he moved to the U.S in 2001. While his attending High School, he landed his first internship with Def Jam Recordings, where he learned about the industry firsthand. “For someone who came from such a small country and surroundings, it was a huge job,” he says.

He describes Def Jam as being “tedious” — just as he is with his art, but says the label also gave him his first real design opportunities. “When I was interning with Def Jam, I got an email saying I should design a draft album cover Rihanna’s good girl gone bad album just for sampling, and I was just looking at that email for a good hour in awe [laughs] and then I immediately got to work after”. 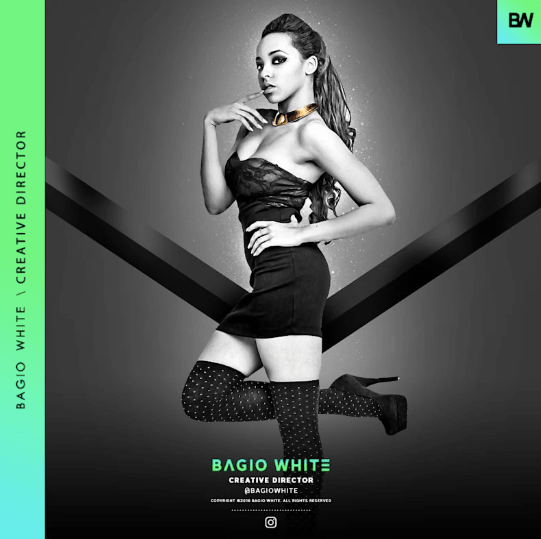 The chance design job led to other opportunities in the label. But white ended his internship with the label to focus on college soon after. However, Bagio rekindled his flame for creative designing and started his magazine in college.

Bagio became enthralled with the art of editorial design. “I would always Complex magazine’s covers and just falling in love with them and creating my own versions to go against theirs until I said screw it why not make my own magazine [laughs]” he says, adding that he would occasionally be asked to design one-off projects. “I would still have artists independently contact me to do designs and graphics for them based on the work I did with Def Jam, but I felt I outgrew that part of my career”

Bagio’s first cover featured his friends that at the time had an independent music label. “The cover was really a major test to see if I can really make it as a creative director and to my surprise and to my friends and family it came out phenomenal, so I dove right in after that” 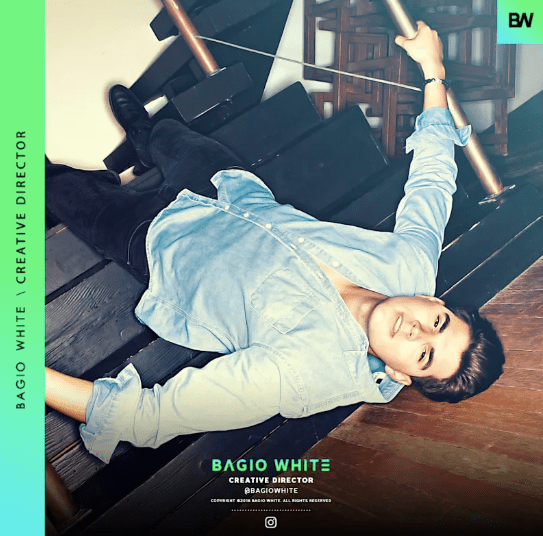 Bagio began working more heavily with celebrities for his magazine. One notable to white, was his creative direction for singer Tinashe’s first solo magazine cover and in 2012. He crafted Tinashe’s entire creative mood from her EP at the time. Another most notable of Bagio’s direction and design was comedian King Bach’s DOPENESS cover and editorial, which he designed solely from the mood he depicted from Bach’s images from the photoshoot.

His partner said it was amazing. He had expressed to Bagio that he wanted them to be present for the shoot as it was being shot in Los angles but White and his partner schedules did not allow them to fly out for that project. Bagio remotely creative directed the shoot with the photographer via texts and facetime video calls. Bagio’s business partner said it was crazy to see how he could’ve done that while not being even physically present at the shoot and that it was attest to his abilities.

Though owning a magazine and working with celebrities has its perks, Bagio admits it’s a challenge. “it’s like a playground with different kids rotating often” he says of the industry. “it’s demanding and ever changing, and you have to change with it or be the one leading the change” he uses mood boards as a starting point and pulls inspiration by observing people and environments. His aesthetic is and will always be subversion with vibrant coloring he states. 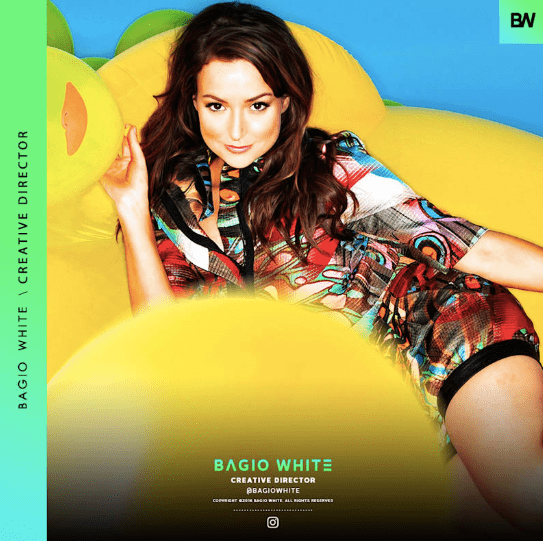 Most of all, he wants it known that his job is not as elegant as one might think. “People see this this job and they see the images and art we create for them” he says. “Everyone’s like, ‘Oh wow, your out at these events, you meet these celebrities and people, not knowing the grind is oh so real! [laughs]”

Contrary to his vibrant and confident Instagram presence, @bagiowhite, Bagio is quite humble. he travels home to Jamaica from time to time, where he’s spent most of his downtime to refresh his mind, as often as he can. “I appreciate my small island of a country so much more now than I ever did then,” he says. “The people are just so worry free and relaxed. You can get an entire meal for, like, five dollars [Laughs]”

And despite having worked in the print industry for years, Bagio doesn’t take for granted the fact that he owns and is the creative director of a popular magazine. “most times I wake up I say, ‘How in the hell did I get a dope job like this’ [laugh] I’m just a boy from Jamaica living his wildest dream,” he says.

All will things fall into place and know everything happens for a reason.

Australia Registers an Easy Win Against Pakistan in the 3rd T20 Match; Wins the T20 Series with 2-0

Jennifer has been a part of the journey ever since The American Reporter started. As a strong learner and passionate writer, she contributes her editing skills for the news agency. She also jots down intellectual pieces from health category.

When searching for best furniture stores, people are looking for a store that provides maximum variety and styles. A store...

A private car seller can can have great deals for the car buyer. Sometimes though, the deal can be of...

A house is a big investment so it requires meticulous planning. From choosing the right location to right budget and...

The Global Scavenger Hunt is making traveling as adventurous as it once was. Their newly designed annual travel adventure is...

Couples who are taking the Enneagram tests are finding their relationship continuously strengthening and becoming better. A large number of...