His journey did not begin with some bright idea; it began due to the tough situations life puts us in.

At the age of 17, Viet Hoang has transformed himself into an influencer of SEO and marketing experts.  But many of us didn’t know what he had experienced in his life to get the small but meaningful successful today…

Born in 2002 in Phu Tho, Vietnam in a small family as usual family, Hoang was taught to self-work since he was 13. Therefore, he knew time was extremely valuable so instead of playing games or comparing with his friends by that time, he began to brainstorm ways to make money to help his family. He began studying SEO, the online marketing space while also converting clients from Neil Patel. But he knew, he had to try other things, therefore he tried a handful of different business ventures to bring in money.

He obtained a marketing job with a local restaurant but had to leave it because it wasn’t working out as he had hoped. He kept trying and trying other business moves but nothing seemed to work until he launched his t shirt business. This business venture seemed to have some upside as he quickly saw a little bit of revenue come in. Unfortunately, his website was shut down due to copyright issues and he had to refund all of the revenue he had earned. He then learned about email and its power, so he made an email list and was able to sell it for $300. This was his first taste of success, although it was minimal, it was still a win nonetheless.

After selling the email list, he went on to write articles that turned into high-end publications. Viet Hoang’s would interview famous guests with millions of followers on social platforms and started consulting with clients to do the same. He charged $3,000-$5,000 which led to him starting his personal branding company. This business venture resulted in Hoang making $20,000 annually at only the age of 17. 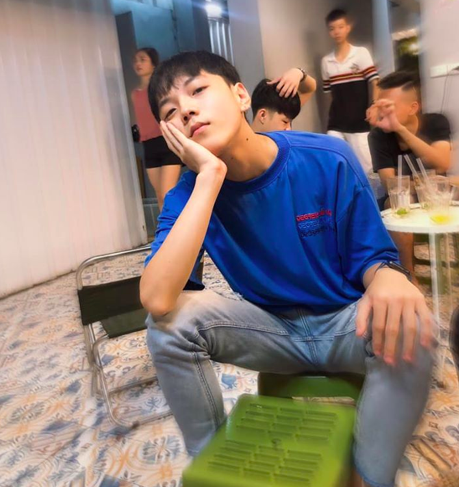 Things were starting to look up for the young entrepreneur but then things once again went south. Hoang had to deal with betrayal when there was a disagreement in pay with this company and was forced to move on and find a new business venture to focus on. He has now merged his personal branding business with Viet Hoang media where he is now the acting vice president.

Things would turn for the best when an old secondary friend approached him with the intention of getting an investment from Hoang for his father’s meat market. Hoang knew this was an opportunity he couldn’t say no to, therefore he stopped his expensive spending habits and saved up $20,000 to invest. Due to this investment, Hoang has been able to make great connections with high-end corporate CEO’s because of his successful investment.

Viet Hoang has great plans for himself as a venture capitalist. He is on track to open four more locations in a year which will add three to four million additional dollars in annual revenue. In the next seven years, Hoang envisions himself owning 1,000 meat markets which will amass a billion dollars in revenue, at least that’s his vision. He sees no limits for himself and the goals he dares to pursue.

The idea of The American Reporter landed this businessman to the digital avenue. Kyle brought life to this idea and rendered all that was necessary to create an interactive and attractive platform for the readers. Apart from managing the platform, she also contributes her expertise in business niche.

Commercial roadside assistance coverage is helping a lot of drivers and companies when their vehicles break down due to any...

Niche Scraper is a web tool that is helping businesses, startups and entrepreneurs to find the new products that can...

In the age when online shopping is a craze, much attention is being paid to packaging. If you remember the...

Lenders and borrowers are the two sides of the coin. They need each other very much for their own cause....

Brig Agency is the best SEO firm in Naples, FL. which can help your business increase its online visibility. It...